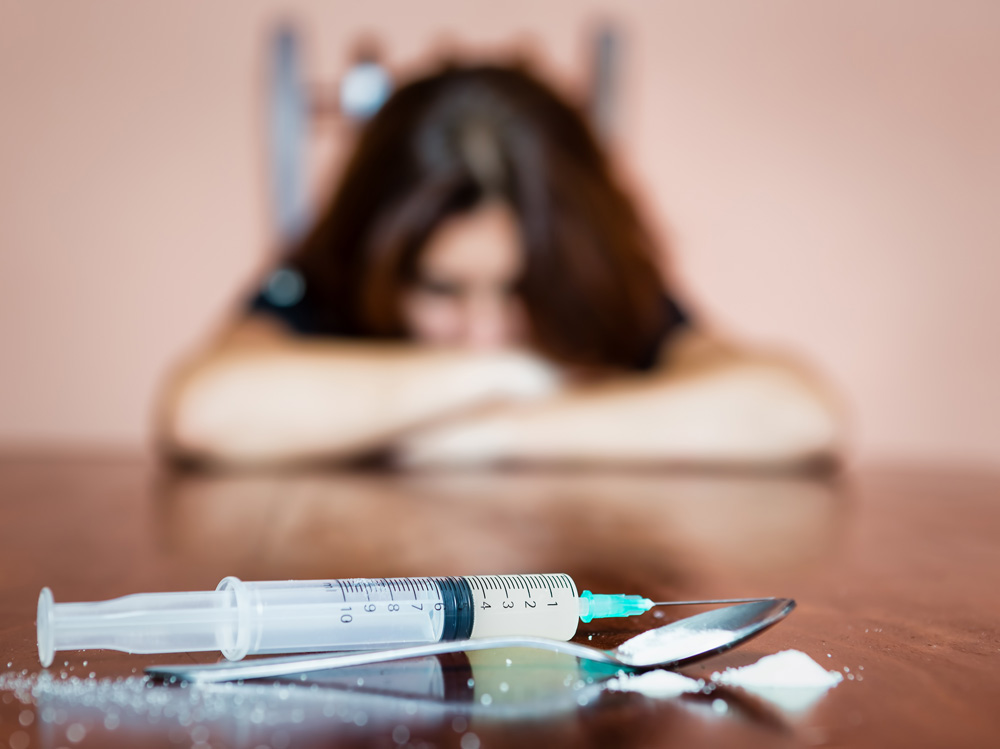 Substance abuse has become one of the distressing problems in USA. Currently over 20 million people fall under the category of drug addicts. Over the years, USA has seen an intense increase in the use of drugs – both prescribed substances and non prescribed substances such as heroin. Alone in 2015, 586000 individuals consumed heroin in USA. The usage of heroin has increased among all age groups, be it a teenager or old. According to recent statistics, 3.8 American have consumed heroin at some point in lives. In addition to increase in Heroin consumption, the availability of this drug in USA has also increased. The supply and demand of heroin has increased due to number of factors including increased production majorly by Mexican criminal gangs.

The word heroine is derived from term, “heroic”, meaning powerful, energetic. This drug is produced from a chemical transformation of morphine, derived from opium, which is extracted from a plant called Poppy Native to the Asian region, has its production turned to medicinal purposes, but like all drugs, its production is aimed at illegal trade in drug trafficking. Heroin in its pure form is a white and powdery substance, but when it is illegally extracted for drug trafficking, it may be off white and brown in color and may be powdered or paste (a more pasty solution). Heroin is most often used intravenously, i.e. it is injected with a syringe directly into the bloodstream or it is also used by aspiration (snorting) or smoking.

It is an anti-dispersant drug that restrains the activity of nervous system. Certain chemicals present in the drug slow down the activity of the brain which eventually slow down whole body including heart rate and breathing. Opiates such as heroin and morphine have a chemical structure capable of binding to neurotransmitter receptors called endorphins, associated with pain control, pleasure, well being and relaxation.

When it reaches the brain, both heroin and morphine depress the nerve centers responsible for pain and wakefulness, as well as the regions that control respiration, heartbeat, and blood pressure. These drugs interfere with the so-called pain threshold, a physical limit that regulates the interpretation of the pain signals the brain receives. That is why they are able to suppress the sensations of pain without neutralizing other sensations. Hence its use as an anesthetic!

Heroin was initially developed to be the morphine substitute, because it is more “powerful” and has effective drug effects with analgesic and anesthetic properties. It was widely used by US combatants in the Vietnam War in the mid-1960s because of the easy access they had to the drug in that Asian country, which ultimately left many members of the US military, addicted to the drug. This reflected the increase in consumers in the United States, who suffered from a major drug epidemic, which has spread throughout the country and is still present today.

The drug is extracted from a plant named Poppy that has been known for more than 5,000 years – at that time the Sumerians already used it to combat problems such as insomnia and intestinal constipation. In the 20th century, researchers isolated morphine and its medicinal use was widespread, especially for its analgesic and antidiarrheal properties. Although it is very effective in fighting pain, morphine causes addiction in a few doses. By the end of the nineteenth century, the number of morphine dependents was significant. To aid in the treatment of these people’s dependence, a drug was developed from morphine: heroin. The heroine was prescribed by Sigmund Freud, but as early as the 1920s it was found to be highly capable of causing chemical and psychic dependence. Its production and trade were banned all over the world.

Heroin is a powder usually dark or brown in color. Intravenous use is common in the West, and recently the introduction of high-quality heroin by Colombian producers has resulted in an explosion in consumption through aspiration and a popularization of the drug. The morphine is presented liquid or lyophilized and usually in pharmaceutical presentation.

How it can be used?

In medical language, heroin is known as diacetylmorphine or diamorphine. There are various methods of consuming heroin. Few people inject it directly into the body through injection, some smoke and snore while very few consume it orally. It is a highly addictive drug, therefore illegal in several countries.

The look of the drug may vary from country to country. Heroine – a highly addictive drug has a bitter taste and it appears as white powder. However, heroine sold in the streets often appears off while to brown. The color changes due to impurities. In western United States it appears as sticky black glue (but hard to touch), this type is known as black tart.  Heroine has a chemical formula of C21H23NO5. This drug is also known as smack, junk, H, brown sugar, black tar, skag, and horse. Heroine is an illegal drug made illegally in clandestine laboratories.

Heroin cause good feelings and pleasant moments, it is because of endorphin (neurotransmitter), which is responsible for relaxing and giving a sense of euphoria and well-being to our body. Initial consumption of heroin may cause vomiting and nausea, but once the body starts to adapt, user starts feeling exited and joyful. There are situations where it gives feeling similar to sexual pleasure. Additionally, it induces sense of relief, peace, and satisfaction which may go away after few hours.  Constant use of heroin increases the urge, in this way people become addictive. Addicts do not consume heroin to have pleasure but they do it so simply avoid the adverse symptoms of withdrawal. Living without drugs can be very difficult for addicts, when they try to leave it they start having atrocious pains, cold sweats, diarrhea, depression, loss of appetite nausea etc.

The over dose of heroin can cause death. So be aware and save yourself and your loved ones.

If you find any symptom of substance abuse in your friend or family take him/her to https://www.affinityrecovery.com, because they provide the best substance abuse treatment. You will not find better heroin rehab than them – guaranteed.