Is My Child Using Heroin? 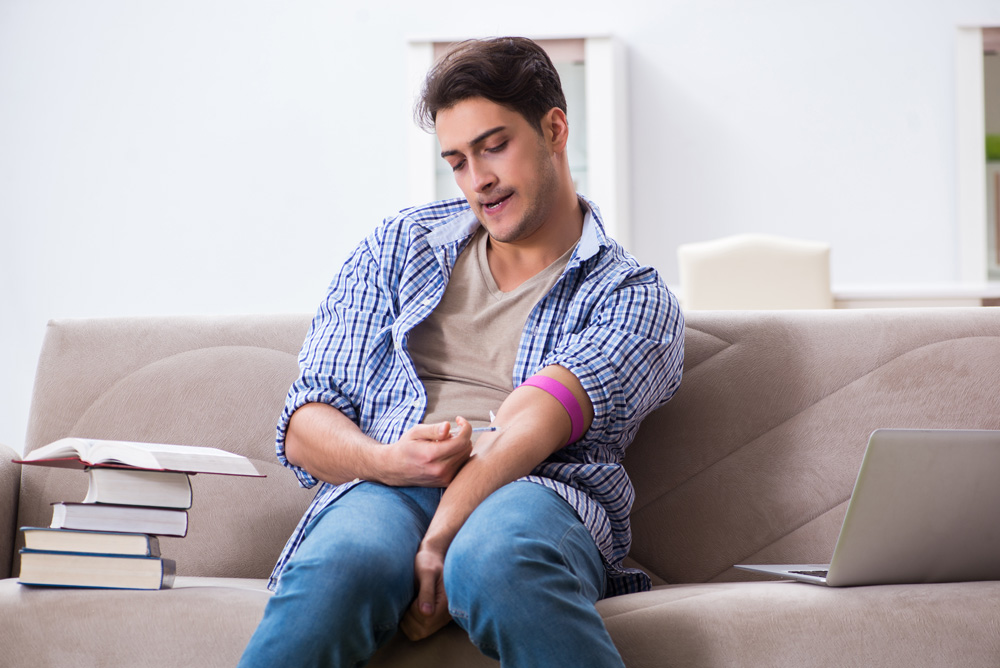 Is My Child Using Heroin?

Heroin usage has become a stressful problem for many parents because its usage among children has rapidly increased. According to National Household Survey on substance abuse, around 3,091,000 US residents aged 12 and older have consumed heroin once in their lifetime. The survey also indicated that there are many young adults and teenagers that have consumed heroin at least once in their life (76000 people aged 12-17 and 474,000 people aged 18-25).   With time Heroin has become number one problem of high school students. According to the University of Michigan Monitoring Future Survey, 2% of high school seniors have consumed heroin once in their lifetime. Statistics show that 4 out of 100 students use heroin. This may not seem a big number, but its poisoning the society.

In general, first contact with drugs happens in early adolescence. Some parents believe that enrolling their children in the best schools or not letting them go out at night with friends is avoiding the problem. Big mistake! Children can get influence from neighbors, relatives, friends and classmates, no matter how expensive and well-regarded the school may be.

Adolescence is typically a period of experimentation; most children get into substance abuse because they are always in search of new experiences. Many use it to experience wave of peacefulness while others consider it as a pain reliever. Curiosity, peer pressure, desire for belonging and willingness to flee from reality, as well as family instability, anxiety and stress are also factors that contribute to the use of drugs. Teenagers specially try it to impress their friends by daring to use a drug.

Usage of heroin is considered as the most destructive additions especially when children do it.  When a child use heroin, it is cause serious damage to their physical and mental health. It typically leads to downward spiral and quick loss of control. In 2015, around 150,000 teenagers died because of heroin.  For parents and care takers it is very important to know if your child is using heroin, by doing so you can save his/her life. There are important signs that will help you know if your child is using heroin:

Children show several signs when they are into drug abuse such as:

When your child is into drugs, his preferences may change radically. He may, for example, no longer want to practice the sport he was engaged in previously or not play a musical instrument. These drop-offs usually happen in the case of a dependence on something else.

The teenager who uses heroin and tries to hide it from their parents can become more hostile. But you have to detect if the behavior is out of the ordinary. Becoming more angry or nervous is not necessarily an effect of the heroin usage, but it may be an attempt to hide the addiction.

Changing the group of friends, from one moment to another, is indicative of changing interests. Maybe the youngster makes that choice because of a newfound preference, like a new musical taste, but that may also have to do with drugs.

A teenager usually depends on parental money to support their addiction. Therefore, if the child asks for money frequently, keep an eye. When addiction is severe, many young people exchange worthy personal items and family belongings to get the drug.

If your child is into substance abuse, you can notice it through his/her school and work performance.  When someone consume heroin, they prefer doing nothing, but consume it which eventually results in missing school or bunking classes. If your child’s school performance has dropped from A to F, something is definitely alarming. Check, he may be into substance abuse.  Dropping out of school or college may be another sign. Always keep a check; your child may be driven to next fix!

Keep an eye on warning signs:

There are no specific signs or behaviors that can tell you if your child is using drugs, just a set of factors that can go unnoticed by parents. Unusual behaviors such as mood swings, a drop in school performance, different friends and an altered appearance may indicate drug use.  Also note if he comes home with red eyes and talking differently. This is a strong sign that your child is abusing heroin. Remember, repetitive use of heroin may cause issues and a person may feel difficult in coping with problems in life. Therefore, before they become addicts identify the symptoms and save their life.

Heroin abuse can impact every stage of your child’s life. If, you find out that your child is abusing heroin, https://www.affinityrecovery.com/ can help. Heroin detox can be uncomfortable, but we’re luxury heroin rehab that can serve your children in best possible manner.