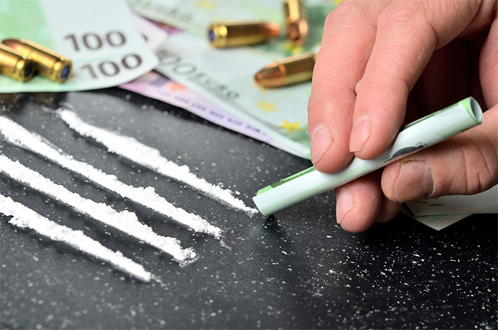 Drugs and parties are directly proportional to each other. Undoubtedly, cocktail parties are incomplete without drugs, cigarettes and alcohol. In addition to cocktail parties underground electronic music parties are closely associated with variety of synthetic drugs called as club drugs.  Few of the famous ones include molly and ecstasy, these both appear to have same impact on an individual’s mind and cause similar problems. According to Andy Hathaway, Molly is a party drug and it is increasingly used in clubs.

People refer to same chemical (MDMA, or 3, 4-methylenedioxy-methamphetamine) when they talk about ecstasy or molly. Molly is said to be pure form of MDMA – an active agent in ecstasy. This chemical was developed in early 1990s, but it got popular in 1970s when psychiatrists started to use it as medication. According to psychiatrists, this drug helped patience with communication. Because of its euphoric impact, the drug got its way into pop culture by late 1980s. Until 1985, Molly was a legal drug but later it was moved to Schedule I by Drug Enforcement Administration (DAE), meaning it cannot be used for medical purpose, but it has high potential for abuse.

DAE indicated that Molly can cause anxiety, confusion, paranoia, depression, drug craving, and sleep issues.  Also, it slows down ability of body to regulate temperature resulting into increased body temperature and hyperthermia.

Molly is said to be pure form of MDMA, but it isn’t as it contains other unknown drugs also. Recently, several young individuals died because of molly. However, according to toxicology report by Jerrrey and Methew Rybarczyk Russ died after taking fatal mix of methylone & MDAMA. Rybarczyk also died because of consuming overdose of methylone.  Bath salts is another street name used for Methylone. MDMA and methoylone have similar properties and they both are sold under the same name – molly. Note, that the toxicity of both chemicals is different; the toxicity of MDMA is less as compared to Methylone. One use of Methylone can cause sudden cardiac attack.

People need to understand that despite what drug dealers tell them, they will never exactly know the combination of chemicals they are buying. However, note that pure form of MDMA is safer as compared to drug sold under the name of molly. It is dangerous; it has caused reactions and killed people. If you or any of your family of friend is abusing molly, it’s time to quit and take supportive help from drug detox or drug rehab centre.

Drug abusers often consume Molly in form of a tablet or a capsule. However there are also people that snore the powder or swallow it into liquid.  In slag language, Molly is called Molecular which refers to pure crystalline powder form of MDMA. People purchasing capsules or powder actually get other synthetic drug such as cathinones (bath salt).  Molly is often abused in combination with other drugs such as marijuana or alcohol.

It is debatable!  Few researches have indicated that, after using Molly once, one will use it again.  However, the addiction is not to the same extent when compared with other addictive substances such as cocaine.  Remember that molly isn’t pure form of MDMA. For instance, it is combination of unknown substances – substances that are addictive. Several molly abusers reported addiction to this drug.

Not only molly, but all street drugs including cocaine, heroin etc are dangerous. Molly not only poses serious effects on one’s body and mind, but there is always risk of addiction and overdose resulting into immediate death. There are people who believe that molly is safer than other street drug which is why they use this drug more than other drugs and this is the reason behind increased number of death due to this drug.  Remember, there isn’t any guarantee of using this drug.

Direct impact of molly on serotonin gives birth to sense of closeness and warmth which can contribute to unsafe sex eventually increasing the risk of contracting sexually transmitted diseases such as HIV/AIDS and Hepatitis C. According to recent research on animals, long term usage of molly adversely damages various parts of the brain linked with thinking, mood, judgment and verbal memory. Frequent substance abusers report withdrawal symptoms including trouble thinking, fatigue, and loss of appetite.

Molly is a very powerful drug; it can have serious physical effects on one’s body such as increased heart rate, jaw clenching, sweating, nausea, and memory issues.

The intake of molly directly affects activities of three main chemicals in the brain: serotonin, norepinephrine, and dopamine.  Direct impact on dopamine leads to increase in energy and activity levels whereas impact on serotonin gives birth to sense of closeness and warmth. On the other hand, changes in chemical, norepinephrine lead to increased heart rate and blood pressure.

Molly abusers often experience muscle cramps, nausea, sweating, blurred vision, and chills.  All these symptoms, from excitement to side effects normally last for 3-6 hours. Second dose is taken once all symptoms of first dose are gone.

Remember that the side effects of MDAMA can have obvious impact on substance abuser’s mental state and it can be very harmful.  Continuous use of Molly for days or weeks may make you experience anxiety, extreme depression, lack of appetite, insomnia, lack of interest in sex, memory issues, impulsive behavior, and difficulty concentrating.

These are some of the key mental and emotional effects of extremely dangerous drug. Excessive use of this drug can cause death, so be aware before entering the world of fantasy and take immediate addictive treatment from substance abuse centre.