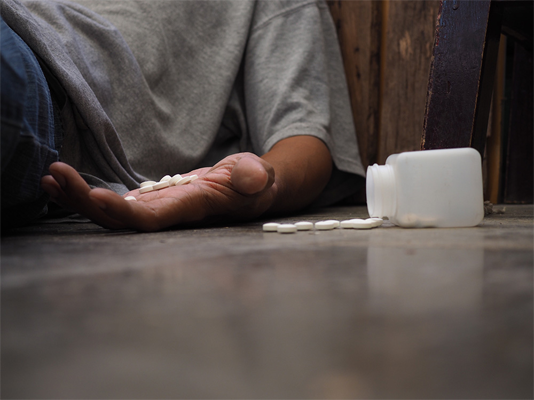 Similar to methadone, which was the primary option for people seeking narcotic addiction treatment, Suboxone is a drug used to treat narcotic conditions by lessening the symptoms of opiate addiction and withdrawal. Suboxone contains a combination of buprenorphine and naloxone. Buprenorphine is used to treat opioid addiction whereas naloxone blocks the high which is experienced from opioid medications. This drug is used to treat people who are addicted to heroin and other opioids by reducing withdrawal symptoms and lessening the cravings, alongside preventing misuse. When the drug is used as prescribed by the doctor, the active ingredient that is present in the drug i.e. naloxone lessens the pain-relieving and feelings of euphoria generally created from opioid drugs.

Buprenorphine has been enjoying the shelf-space in the market since 1985 but the drug underwent major transformation in 2002 when the two trade formulations i.e. Subutex and Suboxone were approved in the US and started getting attention as a medical treatment for addiction. From then onwards, doctors were allowed to prescribe the drug to individuals that were struggling with narcotic addiction and instead of sending them off a drug rehab center, the medication could be given at home.

In the same way as methadone, it is believed that Suboxone will lessen the withdrawal symptoms, alongside decreasing the frequency and intensity of cravings of the addicted person. This marks as a much safer alternative. The levels of this drug can be monitored and reduced until the person is no longer dependent on the drug. Suboxone usually comes as a sublingual strip rather than a pill. The drug is put under the tongue and dissolved discreetly without requiring water to wash it down.

There is, however, a dark side to the drug i.e. people who take this drug as an addiction treatment, sometimes, gets addicted to the drug. The issue is real and for people who get addicted to suboxone a different physical and psychological therapy is there to help them combat the addiction.

Suboxone works on the principle of slowing down the individual rather than speeding them up i.e. works as a depressant in the body just as a stimulant would do. The short-term, desirable, effects of the drug are:

Just like other drugs, taking excessive Suboxone in the short-term can give way to unwanted effects such as:

Though the chance is negligible but if Suboxone is taken in conjunction with other depressant drugs such as benzodiazepines or alcohol, it can lead to:

This drug, in contrast to other drugs, should be stopped slowly and gradually otherwise it may give rise to unpleasant withdrawal symptoms and prove much more difficult than you can imagine.

While this drug is used to treat substance abuse, this drug also possesses the capability to develop tolerance and dependence. Other side-effects that may occur as a result of using this drug or during withdrawal are:

Using suboxone, both directly as well as indirectly, bears effects on both the mental as well as physical health of the individual.

Since suboxone contain an opioid, there exists a chance of developing suboxone dependence. This means that the body starts getting used to the drug and starts developing tolerance for it. This implies that when you will stop consuming the drug, you would crave for it and might even have to undergo a drug detox. The craving is bad when the drug is left suddenly because by then, the body has developed tolerance for it.

One of the key indications of developing suboxone dependence is that you will start feeling the urge to take the medicine soon after 48 hours of ceasing the drug. Withdrawal symptoms will be very similar to flu but will last for about a week. Suboxone dependence usually requires a medically administered drug rehab period to keep the user comfortable and helps them to slowly get rid of the drug. Suboxone treatment comprises of both a drug detox and a therapy, following a stage of recovery when the individual who has successfully come off clean is going to lead their lives happily and peacefully.

Ending abuse is a difficult process and more difficult if the journey is spent alone. A lot of people who have been addicted to narcotics have recovered and have put their lives together. With suboxone and other medical treatment, walking away healthy is possible. If you wish to start your journey towards betterment today, head on to www.affinityrecovery.com to speak to our medical experts today.